Patent department of JSC «Concern is a structural unit of the institute and part of its innovative infrastructure. 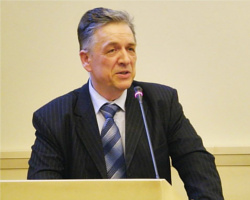 Development traditions were strong since the very foundation of the Concern. After the first utility invention, the author referred to the state, approximately 4,000 applications for registration of intellectual property objects were filed over the next decades (in particular, since 2000 — more than 160 applications), including applications on inventions, useful models and industrial samples. During the last years, the number of registered computer programs significantly increased.

Now the exclusive rights for more than 100 of intellectual property is considered in JSC «Concern , including 10 trademarks and service marks used to refer manufactured products and services.

Among the registered trademarks are the well- known PURGA, GARPUN, URAN, BAL, TRUST IN EXPERIENCE and design trademark: 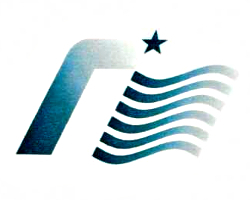 The main responsibilities of the Department:

The main criteria for selection of decisions for patenting is the ability to use objects in the enterprise’s development. For example, more than 100 of intellectual property has been used in the last 10 years.

The main patenting thematic areas are:

Within 10 years, the company participates in various events held in celebration of the International Day of intellectual property (April 26).

According to the results of the contest «The Best enterprise in organization of work in the field of intellectual property», JSC «Concern was repeatedly awarded with the first degree diploma. 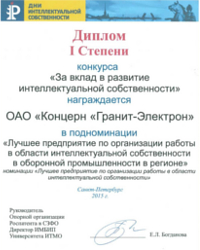 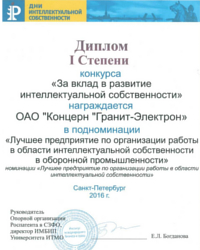 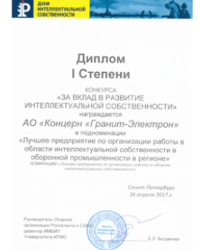 Several young specialists of the enterprise were awarded by diplomas and became winners of the contest in the nomination «Youth creates the future». 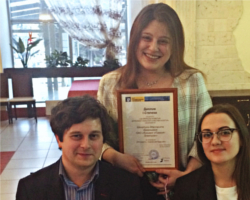 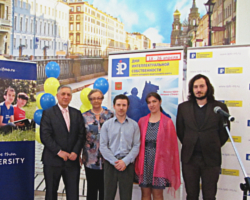