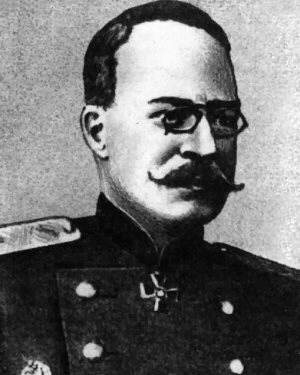 The idea of special laboratory of defense department establishment is closely connected with the name of Dmitriy Mendeleev, the outstanding scientist, leading the works on home produced blank fire powder. That time Mendeleev understood the importance of R&D related with the country defence. Professor, lieutenant general , successfully realized the project, improved in 1910 by the Emperor Nikolay the Second. He was a chemist, a technologist, military engineer, the world famous expert in explosive substances, who organized and then led the central laboratory of the military department.

Then, the laboratory was named as the central laboratory instead of  laboratory. It has become the special institution under the jurisdiction of the military department.

A great historical importance should be paid to the buildings of the laboratory, where the enterprise is situated nowadays. Architect Apyshkov, military engineer, the teacher of the Academy of Engineering, headed the construction works on Gospitalnaya Street. Apyshkov has designed and built some significant architecture points in St. Petersburg, contributing much in the city history. 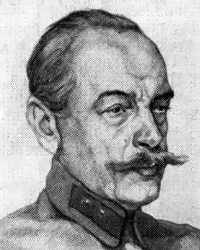 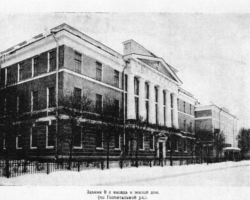 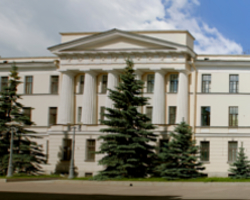 In 1920, the Central laboratory was renamed to the State institute, headed by  Ipatyev, the world famous Russian organic chemist.

Later, within the institute, the Special technical bureau (Sptecbureau) was organized for R&D of the newest achievements to the Navy. Sptecbureau was under the guidance of outstanding inventor Bekauri, appointed by the decree of the Council of People’s commissars in 1921. 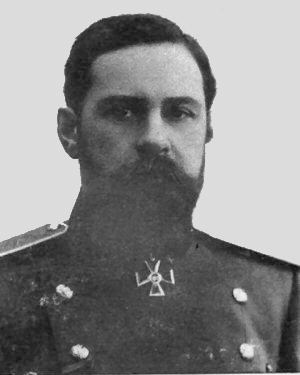 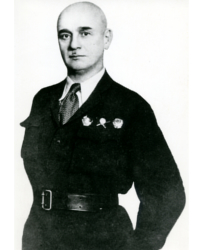 During the period of 1921 — 1938, the Sptecbureau originated new perspective trends of the development of the naval equipment: 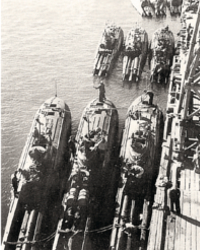 As the result of this work the radio communication has been implemented for the fleet, a quite number of torpedoes entered into the Navy service, the air force was set in the naval structure and the first groups of  troops were established. Implementation of these developments has played a significant role in the victory in the Great Patriotic war.

In 1939 the Sptecbureau was reorganized into the scientific research institute of naval telemechanics and automation -. During the period of 1937–1945 was headed by K. , . In those difficult times, they managed to not only maintain the institute but also rebuild it to the needs of the front. 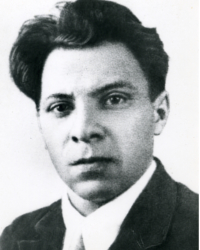 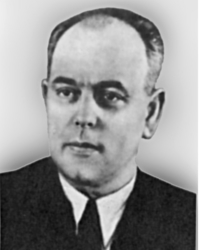 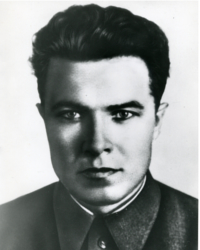 During the Great Patriotic war, many Sptecbureau achievements were applied:

1947 — the beginning of the development of radar engineering. The institute was assigned to be the leading developer of radar stations (RS) for submarines. So the RS practically for all the submarine types and generations were developed: «Flag», «Albatros», «Kasatka», «Molniya», , , «Korma» (with high stealthiness due to the use of the quasicontinuos signal), «Radian», . 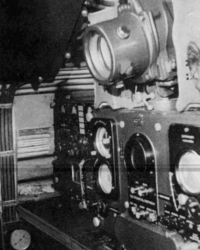 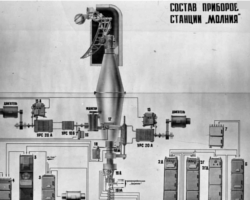 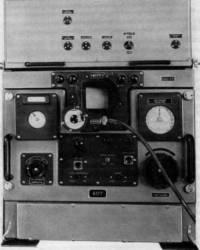 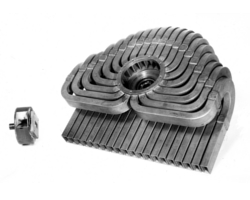 Since 1952 by the Institute in conjunction with the CCB «Pole» and plant named after developed and transferred to the Navy dozens of systems of the fire control antisubmarine weapons and defense weapons for the various projects of surface ships, submarines and boats including: «Leningrad», «Brest», «Sprut», «Typhon», «Accord», «Purga», «Onega», «Lakhna». 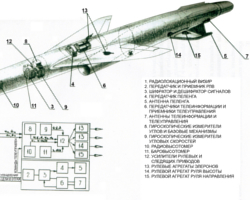 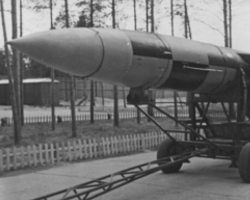 Later, the institute together with NPO «Mashinostroyenia» developed the CS complexes for the ASM «Amethyst», , «Vulcan» and «Granit» (ASM «Amethyst» and «Granit» are the first missiles of underwater launch and «fire and forget» principle). Both enterprises continue developing the complexes for ASM of the generation placed on both submarines and surface ships. The modern vessels: the submarine «Antay», the aircraft carrier «Admiral Kuznetsov» and the cruiser «Petr Velikiy» are armed with the MC «Granit» having no analogues in the world. 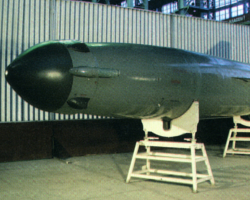 1966 — according to the Decision of the Council of Ministers of the USSR the was given the new name — the Central scientific research institute of devices and automatic machinery.

1967 — the institute started developing the special equipment for the monitoring of the hydrophysical fields of the water environment in seas and oceans. Two generations of the equipment put into operation by the Navy are developed: and . 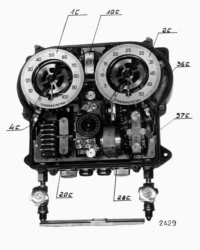 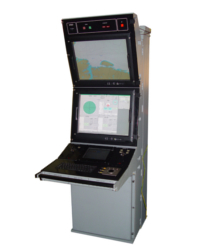 During 1947–1968, the institute has completed the development of the command gyroscopic instruments for the country’s first land and the world’s first maritime ballistic missile systems , , .

1971 — according to the Decision of the Council of Ministers of the USSR the previous name of the institute was changed into the Central scientific and research institute «Granit». 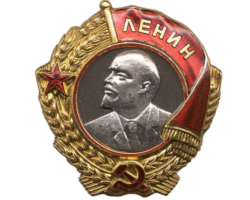 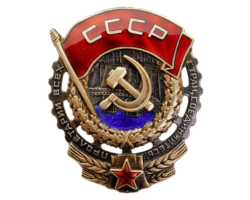 During that period, the institute was headed by: 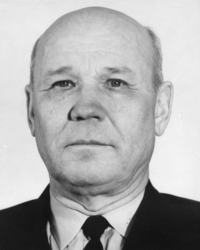 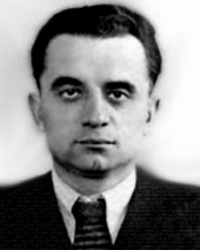 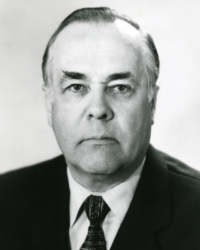 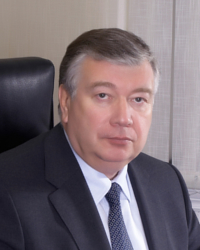 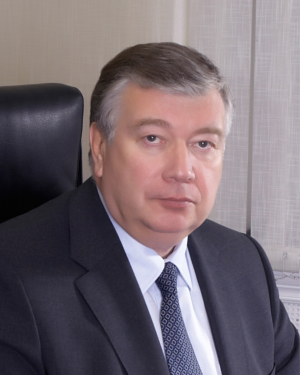 During the period from 1971 to 1995 JSC «Concern , based on a huge scientific and practical foundation for advanced developments, actively pursued the development of radioelectronic equipment in the following areas:

Since 1996, the company began to develop cooperation with foreign States, tapping into the world market.

On February 14, 1997 by decree of the Government of the Russian Federation No. 175, the enterprise has the status of a Federal scientific and production center.

The company is included in the list of national strategic and backbone enterprises according to the Decree of the President of the Russian Federation of 4 August 2004.

In 2006 JSC «Concern was established through the restructuring of Central research Institute «Granite».

Great personal contribution to the development of the company was given by the General Director of JSC «Concern Korzhavin Georgii Anatolyevich.
— doctor of engineering, professor, member of Russian academy of  science and Saint Petersburg academy of engineering, honored developer of Russian Federation, corresponding member of Russian Academy of Missile and Ammunition Sciences, not only continues the glorious traditions of the best schools in the world of technical engineering, but also makes a significant contribution to the modernization of technology, ensuring high scientific and technical level of development of the enterprise.

Since , the company has developed a vehicular control system advanced systems cruise missiles with wide application of modern information technologies, computer technology and microelectronics; created radar systems for surface surveillance and target designation of marine weapons (missile and torpedo); introduced the latest technology, modern components and the latest achievements in the field of software. Active work is conducted to improve onboard control systems for supersonic missiles for missile weapons «BrahMos» and «Yakhont», which, having become world famous, brought the authority to JSC «Concern „“. Works on development of control systems for hypersonic AMS of 5th generation is underway.

As the result of this work, the company has developed a variety of information management radio electronic systems („“, R43, , 3C30, KASU », КASU antisubmarine warfare «Purga», KASU , homing head ), radar detection of surface targets and navigation of submarines for foreign states Naval ships. The Concern continues to deliver them successfully. In the framework of the joint project «BrahMos» the Concern supplies automatic control systems, including high intellectual homing heads (seekers). 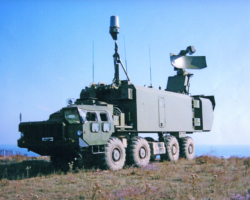 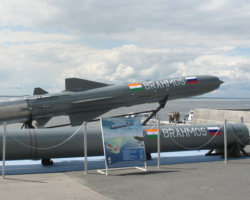 Implementation of MTC programs have reached a new level, as in March 2017 of JSC «Concern received a certificate of the Federal cooperation for the implementation of foreign trade activity concerning military products. Obtaining this certificate allows the company to work directly with foreign customers in  service, including upgrading of all previously delivered systems, supply of spare parts and components, in order to make more effective process of the operational maintenance and repair of the equipment abroad.

The enterprise’s first in the world R&D

The control systems for cruise missiles

1955 — pioneer in  launch of  FM» ballistic missile with a system of onboard gyroscopes and shipborne control systems (designed by  Chelomey, ).

1964 — « missiles system was assigned to submarines of the Russian Navy. The world’s first time development of  has solved the task of  salvo firing creation for fighting with naval groups on the distance range beyond their security zone (designed by M. ).

1968 — cruise missiles control system «Amethyst» was commissioned to Russian Navy submarines. With the development of this system, the problem of  missile weaponry with underwater missile launch, high stealth and suddenness of attack was solved first in the world. (designed by , , ).

1974 — development of missile control system «Bazalt» for submarines and surface ships (designed by  Yakovlev, A. , , Chervinskii).

1983 — universal control system of missile weapon «Granit» for submarines and naval surface ships was commissioned to Russian Navy. «Granit» is the first in the world complex of operation designation effectively solving the problem of fighting with large groups of ships marine theatre of war (designed by  Golovanov, , , Nikoltsev, Bogdanov, , ).

1984 — control systems in the system «Vulcan», missile weapon with high jam- proof and offline selectivity, were put into service (desighned by  Yakovlev, A. , ).
1990 — for the first time in world practice, was created experimental sample of the homing head, including radar, and active laser channel, which provides guidance missiles in the most vulnerable place of purpose (chief designer of the laser seeker ).

2002 — for develpment of control system for 4th generation cruise missile group of authors (designers) was awarded by the Prize of Government of the Russian Federation (desighned by , Kulikov, I. , , Yakovlev,).

2003 — the first launch of «BrahMos» with Indian spacecraft «Rajput». The main advantages of missiles «BrahMos», developed as Russian cruise missile Yakhont, are high speed, variety of possible tactical schemes and methods of application, the compatibility of various missiles (sea, submarine, air and shore) based types.

In 2003, group of designers of homing head for cruise missile «BrahMos» was awarded by the award named after Chelomei (designed by , Andrievski, Nikoltsev, ).

In 2004, for development of control system for cruise missile «BrahMos» group of designers was awarded by the award named after Chelomei (designed by , Bogdanov, I. Yakovlev, Y. ).

1947 — first special radar system «Flag», «Chibis», on all classes submarine, from the first post war diesel atomic submarines of strategic purpose, equipping (designed by , ). Then there was the development of radar systems «Albatros», «Kasatka», «Radian», and .

1955 — development of radar system «Rungout» to equip missile boats with missile weapon complex . Over the horizon wave propagation effect allowing to provide target designation on the specified ranges was used for the first time in the Navy. (designed by  Kucherov).

Since the late 1990s, the development of modern export submarines radar integrated system of  type and equipment of signals from external electronic devices reception and processing of unified periscope system (chief designers — Ivanov, ).

Since the 2000s, the development of radar in the composition of the coastal missile complex using the latest achievements of functional microelectronics and computer facilities (chief designer — Ivanov).

1980 — computing machine accord providing solution of shooting task for all types of  weapon and protection weapon was first applied in fire control system «Accord» (designed by ).

1947–1953 — development of gyroscopic control systems for ballistic missiles , , under the guidance of chief designer (designed by , Arefyev).

Since 1950 automatic intercontinental cruise missile system «Burya» of strategic system «Zemlya» was developed and passed research for the first time in the world practice (designed by M. , , ).

Nowadays, JSC «Concern continues to work in the main thematic areas that emerged during the second half of the last century, in order to provide the Russian Navy with modern developments, as well as continuing interaction with the Navy of a number of foreign countries. The company is also working on the creation of fundamentally new types of weapons for submarines, which have no analogues in world practice and enhanced efficiency.

Designers and developers of military equipment of JSC «Concern were awarded by awards for development of radar and control systems: