The management of Concern, headed by the General Director Georgii Korzhavin and his deputies, the chiefs of scientific and production departments, engineers and designers of the enterprise have conducted effective negotiations with partners and customers on mutual cooperation on a full scope of Concern’s core activities.

Meetings were held with the representatives of the foreign industrial enterprises, interested in mutual development and production of the Concern’s equipment, which proved its high quality and reliability, worth of the world level market. The issues on after sale support of the prior supplied warfare systems and the possibilities of the organization of the joint ventures for manufacturing radars with the reliable industrial partners were successfully discussed.

The exposition of JSC «Concern during Forum was visited by the official delegations from India, Iran, China, Myanmar, Kazakhstan, Korea, Vietnam and Middle East nations, interested in shipborne and ground based radioelectronic warfare systems of Concern’s production.

Forum was also very cognitive and useful for its extensive business program. Concern’s representatives took an active part in conferences, business meetings and Round Tables discussions.

The Round Table discussion «The development of naval armament», organized by the JSC «Tactical missile corporation», with the representatives of the leading national defense industry enterprises, the Ministry of industry and trade of the Russian Federation and the Naval forces of the Russian Federation, marked issues on the perspective naval armament development up to 2050 as well as the ways how to achieve those tasks. The Chairman of the Board of «Tactical missile corporation» Boris Gryzlov, while opening the Round Table discussion, noted that Forum is not only the place for summarizing the results of the work, but mostly the place for focusing on global tasks for the future, for a long time period prospects.

As for JSC «Concern , it is looking forward for the development and enhancement of the comprehensive solution: long distance target designation, engagement, provided by the active Concern’s developments in revolutionary radioelectronic warfare systems and onboard equipment, required to maintain preeminent warfighting defense capabilities.

The representatives of JSC «Concern took part in Round Tables discussions, organized by the Chief Command of the Russian Ministry of Defense (Navy). Thus, the report «Network centric environment for ship’s task force in naval operations» was presented in Round Table discussion «The ways of creation of the united information field for Navy as a part of united information field of Russian Armed Forces». The report «The creation of modern information systems for providing the ship’s safety and target designation in Arctic zone» was highly interested by the experts and participants of the Round Table discussion «The conceptual backgrounds of the protection and safety in the Arctic zone in Russian Federation in counteracting of UAV systems and illegal military groups».

Ice monitoring system «Delta», presented at the exhibition, as well as Concern’s proposals to create the network of  coastal radar stations and other R&D projects, have obviously demonstrated comprehensive technical solutions of «Concern for Arctic development.

We are grateful to the Organizing Committee of Forum for arrangement of such event as well as to all our exposition visitors, which were interested in our products. We hope for further development of our fruitful cooperation.

Meet you at Forum ! 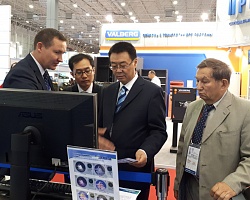 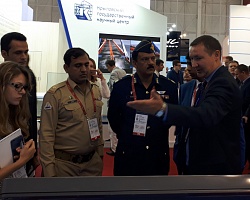 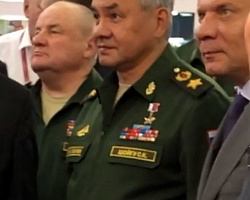 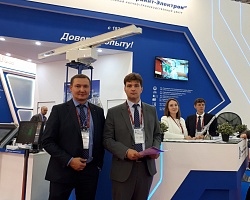 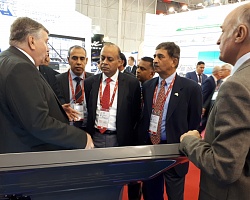